One of the last witnesses called for the week during Johnny Depp’s defamation trial against Amber Heard was his longtime business manager, who opened up about the actor’s financial situation, his now-ex-wife’s demands in the divorce and whether Depp seemed intoxicated shortly before an alleged fight with Heard the night of her 30th birthday celebration.

On Thursday, Ed White took the stand, first talking about a business meeting he called with the actor on April 21, 2016 — the same evening Heard was celebrating her birthday at the couple’s DTLA apartment.

“I felt it was appropriate to meet with Mr. Depp … to resolve the issues he was confronting,” said White, referring to the actor’s financial problems at the time. While Heard’s team described the issues as “catastrophic,” White said that at the meeting Depp “was given news that he needed to address, a number of financial issues” — and added he had a “strategy” to right the ship by selling assets, reducing spending and finding more work. He was also delinquent in some of his federal tax obligations — but, added White, was now fully up to date on all payments. He also described the state of Depp’s finances at the time as “challenging.”

During the meeting, White said Depp was “very interested in the contents, he asked very thoughtful questions, he was fully engaged and fully sensitive of the matters we were discussing.”  He said that Depp did excuse himself from the meeting a handful of times — and believed it was to contact Heard, “to respond to her concerns and also address the fact this was an extremely important meeting and involved financial viability and he felt it was imperative to stay.”

White testified that the meeting went from around 7:30-9:30pm, saying he didn’t recall any alcohol being consumed and didn’t believe Depp was “impaired” in any way when he left. “It was readily apparent to me he was actively involved in the conversation, he asked very thoughtful and prudent questions and he was very interested,” he reiterated.

Under cross-examination, he added he had no personal knowledge of where Depp went after the meeting.

So, why is this all important? Heard has accused Depp of showing up late to the birthday celebration “inebriated and high,” before going on a rampage in their apartment after all her guests left. He, however, has claimed he was not drunk or high and said she was the aggressor that evening. 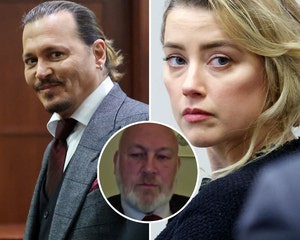 White also spoke a bit about Heard’s alleged demands when it came to the divorce. He claimed that when negotiations began, she asked for $4 million dollars, before upping it to $5 million, $5.5 million, $7 million and, finally, $7 million plus $500,000 for her attorneys. He claimed she also asked that Depp pay all unresolved community liabilities. “So at that point, she was demanding $14,250,000 of consideration,” he said, adding that she also wanted it free of taxation.

After Heard said she’d be donating her $7 million settlement to two charities, White testified that initially the plan was for Depp’s team to pay them directly, before the demands were changed to pay Heard, who would then donate to the charities herself. Depp, however, asked White to kick off the payments by donating $200,000 to the Children’s Hospital and $100,000 to the ACLU, before he was “chastised for making the payments by Ms. Heard’s counsel.” He may have misspoke, as reports from the time said he paid $100,000 to each charity.

He claimed that, in total, Depp went on to pay $6.8 million to Heard in installments from 2017-2018, in addition to the $500K for her attorneys and $13.5mil for liabilities. Earlier in the day, the ACLU testified that Heard had so far only donated $1.3 million of her $3.5 million pledge to them, before having “financial difficulties.” 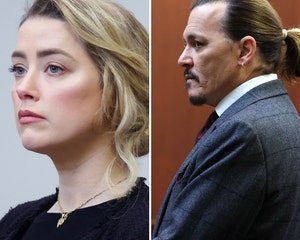 Throughout White’s testimony, he also revealed that Depp had run up a $160,000 bill at a wine purveyor — before claiming Heard “enjoyed drinking $500 bottles of wine” and requested 5 bottles of that specific vintage, as well as 8 additional bottles or another vino, for her birthday party. White said that Depp’s “wine bill has shrunk to virtually zero” recently, however, “because he does not consume that much in the way of wine” anymore.

He also revealed he charges Depp $710 an hour for his time, including the time he spent under deposition for this court case — and said he had no personal knowledge of whether Johnny abused Amber.

Lastly, during his cross-examination by Heard’s lawyers, a text message to him from Depp’s agent appeared to suggest the actor was having difficulties with Disney while working on the fifth “Pirates of the Caribbean” film. Though White testified that it was “not correct” the actor would often arrive “hours late” to work, the text from Depp’s agent read, “I got a call from Disney last week saying he showed up five hours late for adr work in London for pirates 5. I really need to speak to him before he starts work on this next project in la.”

Depp is seeking $50 million in damages after Heard claimed she was a survivor of domestic abuse in an op-ed in the Washington Post in 2018. While she didn’t name Depp in the piece, his lawyers argue it was implied to be about him and negatively affected his career. She countersued Depp for $100 million.

The actor has already lost an earlier lawsuit he took in the UK over the same article that appeared in The Sun. The trial will resume next week in Virginia — see all of our ongoing coverage here. 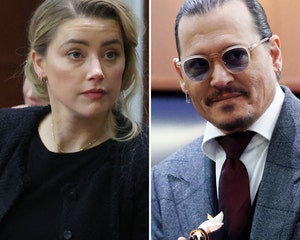