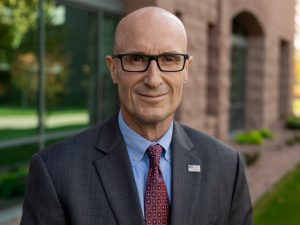 EAU CLAIRE, WI (October 12, 2020) — Royal Credit Union (Royal) has named Michael (Mickey) Noone as Vice President-Business Lending Manager.  He is responsible for establishing, leading and executing the strategic initiative for Business Lending at Royal.  Noone will develop and execute a comprehensive plan for business lending which includes oversight of originations and portfolio management. Noone will also lead business loan production while working collaboratively with executives and other leaders to meet lending objectives, manage risk and support operations.  Noone is assuming the role following the retirement of long time Royal team member and former VP-Business Lending Manager, David Thoe.

Noone is an accomplished leader and commercial lender with over 20 years of business banking experience.  He has a track record of strong business development, continuous improvements and strategic planning.  He is also a former business owner, non-profit founder

The nonprofit said last week that it received the sum as a Community Development Financial Institution (CDFI) financial award. The nonprofit in 2016 earned its CDFI designation from the U.S. Department of Treasury’s CDFI Fund. This is Grand Rapids Opportunities for Women’s (GROW) second CDFI financial award since then.

“This money helps us to stabilize our lending portfolio and drive our focus to deploy funds into communities of color,” Nawara said.

CDFIs are certified by the U.S. Department of Treasury to inject new sources