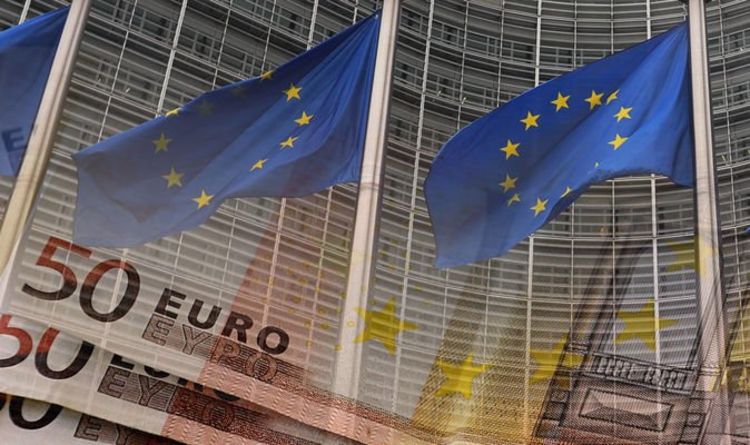 Brussels plans to fork out on business class flights and hotels for couriers transporting “artefacts” from across the world to the European House of History. The venue in the Belgian capital is home to Brexit-bashing items, such as former Labour Party MEP Seb Dance’s handwritten “He’s lying to you” sign used to taunt Nigel Farage and a UK-EU “always united” scarf worn by Remainers on the UK’s final day of membership. The EU-funded museum, which set taxpayers back £47million, also features anti-EU protest banners and a T-shirt from the official Vote Leave campaign.

Over the next four years, the bloc will spend a further £1.4million fetching relics from across the globe for future exhibitions.

WASHINGTON (AP) — The Latest on the 2020 presidential campaign (all times local):

Joe Biden is pitching an economic message as he campaigns in Arizona with his running mate Kamala Harris, telling a union crowd that President Donald Trump “looks down on” working Americans.

The Democratic presidential nominee told a masked, socially distanced crowd at a Phoenix area union training facility on Thursday that the country “deserves a president who understands what the American people are going through. Who sees who you are, what you want to be.”

A key part of Biden’s closing argument ahead of the Nov. 3 election is to pitch Trump as only pretending to care about the working-class voters that propelled his 2016 victory.

He blasted the Republican president for walking away from congressional negotiations for a new pandemic relief package and for asking courts to strike down the 2010 Affordable Care Act.